Tour History - Hannibal is in the news for the first time in 2000 years due to some horse poo being found on one of the passes over Alps! - Bike Odyssey
Skip to content 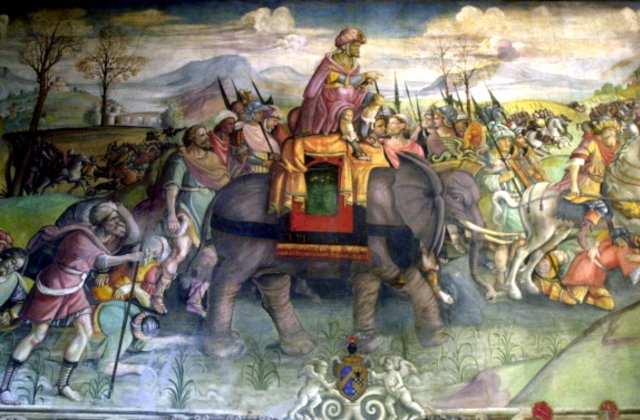 Tour History – Hannibal is in the news for the first time in 2000 years due to some horse poo being found on one of the passes over Alps! So for literally hundreds of years people argued over where Hannibal crossed the Alps. History’s heavyweights like Julius Caesar and Napoleon Bonaparte had opinions on Hannibal’s route and over the years more than half a dozen possible mountain crossings, or cols, have been proposed. It seems like this mystery may have been solved….a geomorphologist Bill Mahaney of York University in Toronto has found poo (horse) and highly disturbed boglands just over the Traversette pass – just what you’d expect if a large army marched through… On our Hannibal tour we cross over Col Agnel which is pretty close to Traversette, in fact for those who have ridden the tour if you didn’t turn right at the bottom of Queyras valley and head up towards the Agnel pass you would continue down the valley and hit the bottom of the Traversette pass. When we first ran the tour 5 years ago we actually offered the option of walking over Traversette or riding over Agnel as a way of crossing the Alps from France in Italy… maybe we will have to bring this back in to go see the poo!