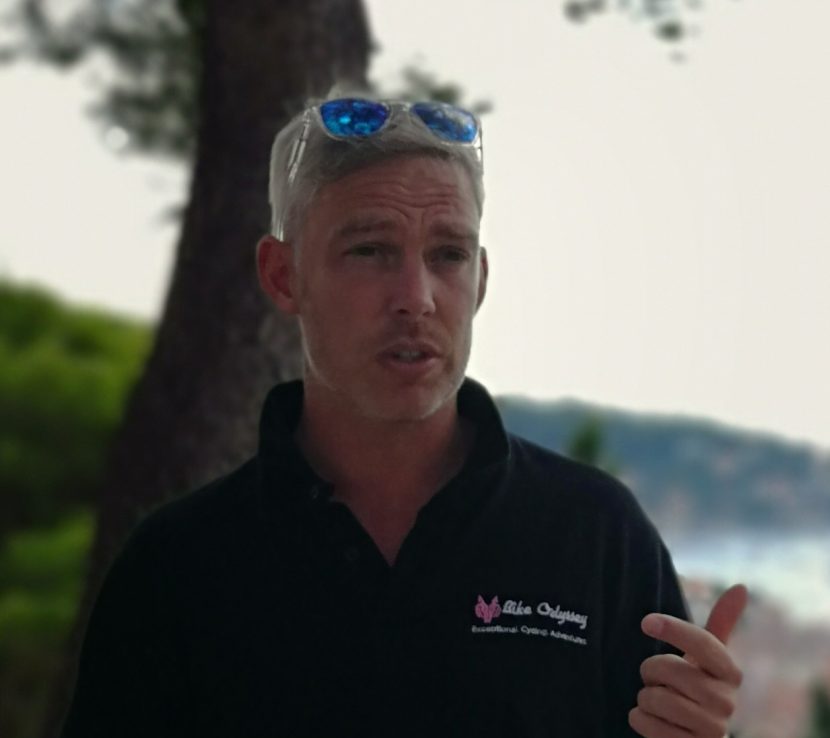 Isn’t history dead? Why do you think it’s important?

History helps us understand who we are, why we behave as we do, and why we live in the world that we do – the modern world that we have created. The past is not inhabited with strangers but our relatives – people just like us who are waiting to be discovered and hoping to be understood. All you’ve got to do is to look in the right places and to ask the right questions and it’ll change the way that you think about the past – and the present – forever.

If you could invite any person in history to come cycling with us, who would it be and why?

My Great Great Great Great grandfather or grandmother, from either side, give or take two or three generations. What would be more fascinating than spending time with your actual flesh and blood that has been divided by centuries? I BET they’d have a similar sense of humour: and oh the stories you could tell each other.

What are your favorite moments from the Lionheart and Venetians tour?

Favourite moment of Lionheart Tour was cycling up to Castel Brando – an old Medieval castle perched on a crag on the southern ridge of the Dolomites. It simply drips with history – and is now a fabulous hotel. Favourite moment of Venetians Tour – listening to a group of male Croatian folk singers practicing just after the sun had risen at the Roman Emperor Diocletian’s Palace in Split. They were singing in an area of the palace with a brick dome, the sound was majestic and haunting – the richness of their voices and the history of the words in such a location just unforgettable.

Is there any connection you can think of between cycling and warfare?

Many cyclists all over Europe spend time on old railway lines that have since been converted into cycle paths – they are flat, straight and direct from A – B. But armies knew that too and warfare in the nineteenth century Europe is inextricably linked with the skeleton of Europe’s railway system. The timing of offensives was determined by the railway timetable; the landscape of offensives determined by tunnels and embankments; the view of the world at war experienced by hundreds of thousands of soldiers and civilians from the perspective of railway lines – and so cyclists that now travel on and near those lines can feel that they are seeing the world through the eyes of those who experienced modern warfare which tore apart the European countryside.

What interesting fact do you pull out at a cocktail party?

When Horatio Nelson was injured at the Battle of Cape St Vincent in 1797 by a piece of flying timber torn from the hull by a Spanish cannonball, he received a ‘fist-sized’ (his words) hernia in his stomach. He considered the wound ‘trifling’ and didn’t even mention it to his wife.