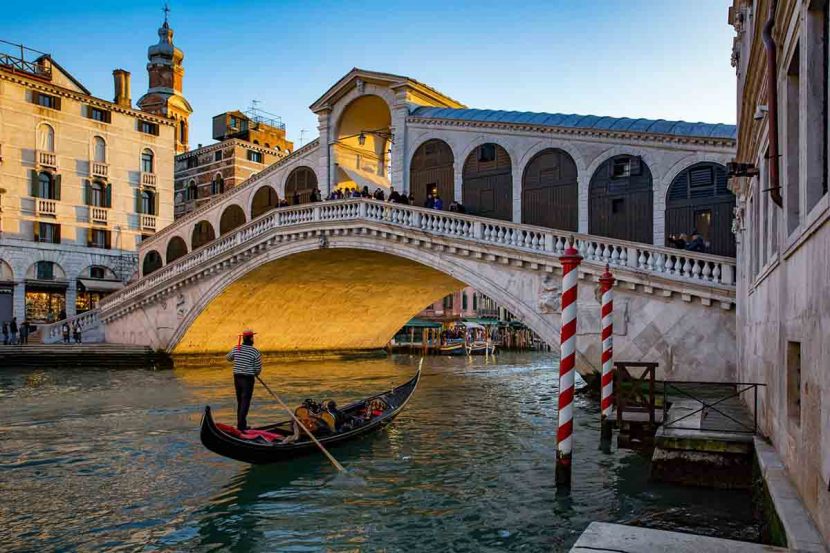 Venice is like a fish, check it on a map, it looks like a big sole laid on the sea bottom. Why did this fish arrive till here to rest..Venice has always or nearly existed as you see it now. Since the dawn of time it sailed to harbours, rivers (…). On the map the bridge which connects the city to the land (Ponte della Libertà) looks like a fishing line: it seems like Venice took the bait.

The words by Tiziano Scarpa are really true, if you check a map of Venice, it really looks like a fish, a fish which was divided in 6 “sestieri” (boroughs): 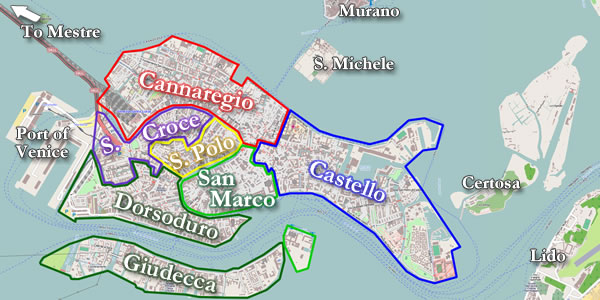 San Marco, where you can find the iconic Piazza san Marco is the only piazza in Venice dedicated to the patron of the city San Marco which is depicted also as a lion, the leone Marciano. Venetian tradition states that San Marco was travelling through Europe, he arrived at a lagoon in Venice, where an angel appeared to him and said “may peace be with you, Mark, my evangelist. Here your body will rest”.

San Marco is indeed the only piazza in Venice, the others are called “campo” which literally means field, it is a very elegant piazza surrounded by elegant historical cafés, just to mention caffe Quadri and caffè Florian, the last considered the oldest café in the world and among notable clients we can mention Lord Byron, Goethe, Ugo Foscolo, Woody Allen..

Have a coffee in one of this cafés, espresso of course, and then visit the famous byzantine-romanesque basilica and its mosaics. Palazzo Ducale.

Castello, the most extended area can be considered the tail of this fish called Venice. Venetians consider this borough one of the most authentic of the city where many locals do live, from gondolieri to professionals, from artists to students..definitely a place where to spend some time, sitting in the local café in San Giovanni e Paolo, or Campo do Pozzi, having some spritz (local drink) and cicchetti (Venetian tapas), do not leave Venice without trying the one with baccalà! If you are into art, be sure to visit the world famous Biennale of art and architecture which happens yearly in the area where you can see artists from all over the world coming to exhibit here. 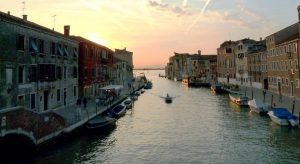 Cannaregio, the borough which connects Venice to the mainland is now considered one of the best areas to live as many local restaurants and sport clubs are located here and also “secret gardens”. In the fondamenta (a wider street) many students reunite here for the aperitivo making the area, which till the 60s was considered dodgy, very vibrant. In the area there is the Jewish Ghetto, the first in the world with the one in Rome, where Jews were forced to live from 1517 and you will notice the high buildings with 7 -8 floors; Jews, in fact, could live just in this designated area so they had to go “higher”. You can visit the 5 synagogues and the Jewish Museum before going for lunch in one of the many restaurants of the area.

San Polo, the smallest borough, with the biggest “campo” of Venice, Campo San Polo. The area is well-known for its bacari (Venetian cafés) and the artisanal laboratories. The magnificent Scuola Grande di San Rocco a fraternity established in 1478, is located here: do not miss the Tintoretto cycle. 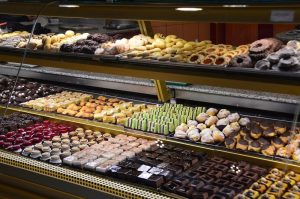 Dorsoduro: literally it means tough back, it was named like that as back in the days the ground in this area was stable. Nowadays a vibrant area, where schools, university, beautiful campos and museums are located. The pastry “Tonolo” is for sure a stop for coffee and local delicacies before exploring the area. The Accademia and the Guggenheim museums are two highlights around here and walking around this area at night can be magic, just go till the Basilica della Salute and admire what is around you.

Santa Croce: the most underrated sestiere, everybody passes here going to other areas ignoring sometimes the beauty of the area, where small campos and lanes can take to places where no crowds are found. Ca’ Pesaro, museum of modern art, is a good option or maybe the recent Fondazione Prada and its contemporary exhibitions.

Our Lionheart and Venetians bike tours both start in this fantastic city.