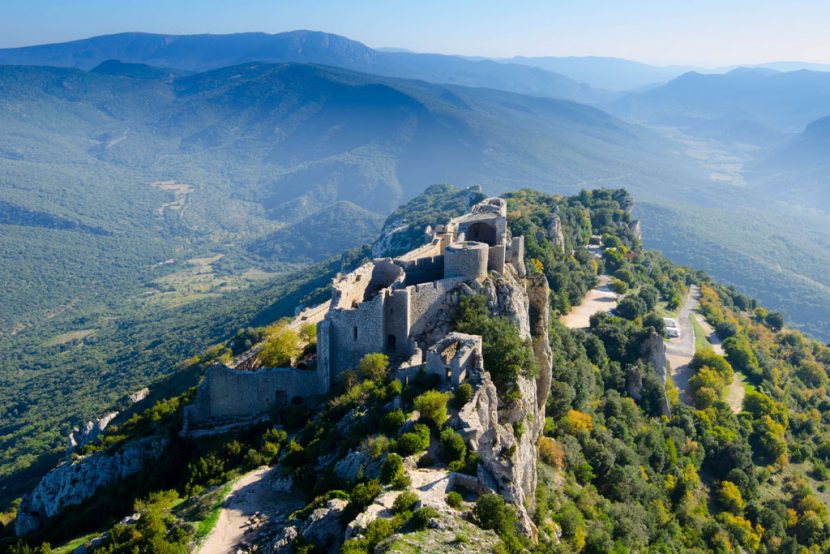 When you think of the Crusades you most often think of fanatical Catholic knights charging off to kill non-believers. However, the truth is, they sometimes didn’t go far to begin their killing! Carcassonne was the target of an internal Crusade in the early 13th century to eliminate Catharism, an offshoot of the Catholic religion. Catharism, as they go, had some positive outlooks and was fairly harmless – woman were seen as equals, they believed in reincarnation and somewhat surprisingly they were pescatarian or vegetarians! However what got up the Pope’s nose most (he didn’t like woman being equal either, that was a big no no) was their belief that there were two gods, one good, one evil – This evil god, according to Cathars, made everything, including humans – so pretty much everything in life was evil which did make for a pretty long day! “Kill them all, God will know His own” was the response of the abbot Arnaud Amalric leading the Crusaders as they they slaughtered the whole population of Beziers, unsure who was a Catholic and who was a Cathar – 20,000 people were killed – initial reports suggested 222 Cathar leaders in the city… next stop Carcassonne. Being a well fortified town (see below, although all rebuilt about 100 years ago in a fantastical style) a siege followed…in a somewhat comical twist, considering the brutality of Beziers, the Cathars when they eventually surrendered were forced to leave the city nude! Some say they got to keep “their shifts and breeches”, either way it was preferable to the most likely other option of mass slaughter! The Cathars survived to live another day but their days were certainly numbered. For from this internal crusade the Catholic church developed one of its most feared tools – The medieval inquisition….seen as a less warlike but more efficient (certainly no less horrific) method of weeding out those who didn’t share Catholic beliefs. It took around another 100 years but the Cathars were eventually exterminated. The last recorded Cathar inquisition was at Pamiers in 1321 and resulted in Guillaume Bélibaste being burned at the stake. This inquiisition was led by Jacques Fournier who afterwards was to become Pope Benedict XII……. What a time to live!! On Stage 1 of Hannibal – Barcelona to Rome we ride through pays cathare – Cathar country and cycle past many exceptional castles claimed to be part of this historical chapter – Peyrepertuse, Montsegur, Queribus…. and of course Carcassonne.