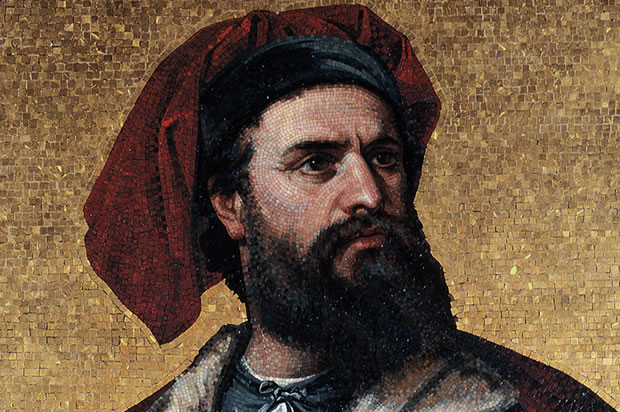 Tour History – Marco Polo – Now whether he was born in Venice or Korcula, Croatia, which was the subject of an earlier Tour History – https://blog.bikeodyssey.cc/blog/2017/12/18/bike-odyssey-marco-polo . However, there is little doubt he travelled a long long way!

Marco’s first epic trip was in 1271, he was 17 years old. He travelled for 4 years with his father and uncle to the Mongol Empire in China –  Polo sailed south from Venice, Italy, in the Mediterranean Sea to the Middle East. They then went southeast overland to Persia (now Iran), through the Pamir Mountains and the Gobi Desert, to Beijing, China. They explored the area south of Beijing, including Yunan and Szechuan. He was to stay in the Mongol Empire for 17 years as an advisor and aide to Kublai Khan.

When he eventually returned to Venice, at the age of 44, he was captured by the Genoese who were at war with Venice. He was put in jail and during this time he dictated his book to another prisoner, Rustichello da Pisa, who was an Italian romance writer! The Travels of Marco Polo was therefore co-authored by Rustichello who clearly gave it it’s flair!

His book was printed in Italian, Latin and French and essentially describes the Silk Road to China. After the Mongol Empire collapsed, it was basically impossible to go to those same regions that Marco had once explored so his book became the definitive description of those regions.

He is buried in the Church of San Lorenzo in Venice where we are happy to take you on the first day of the tour if you wish, as we certainly won’t be riding all the way to China!