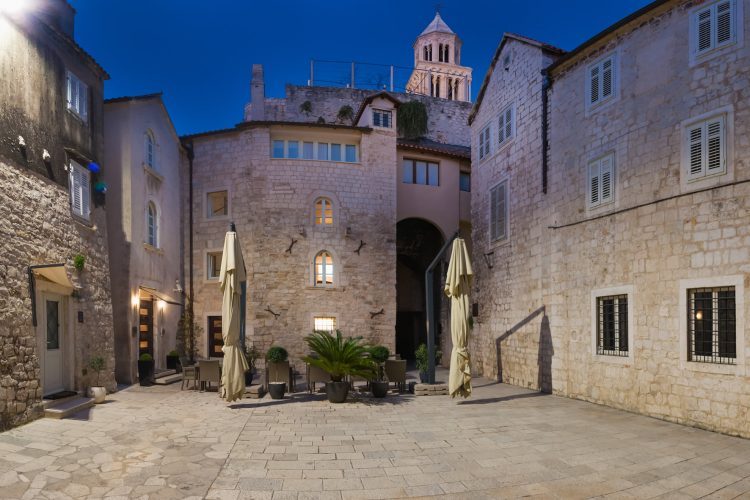 Tour History and the first post for The Venetians – Venice to Dubrovnik, our new Odyssey!

An inspiration for this tour is undoubtedly one of Venice’s favourite sons, Marco Polo. However, it wasn’t so long ago that Croatia tried to lay claim to the great explorer!

The exact date and place of Marco Polo’s birth are unknown but most scholars believe he came from Venice. It has been argued by some historians, that he was born on the island of Korcula on the Adriatic coast, in what is today Croatia. Korcula is stunning…..so not a bad place to be born or cycle into! Please see the photo below…

According to this theory, his father was a merchant from Dalmatia named Maffeo Pilic, who Italianised his surname to Polo when he established himself in Venice. But, Italy’s leading broadsheet newspaper, Corriere della Sera, described the Croatian claim to Marco Polo as “ridiculous” and a “provocation”, quoting “attributing Croatian nationality to Marco Polo or anyone else born on the island at that time, just because it is now part of Croatia, is stretching historical facts too far,” Italians do like drama!!

Marco Polo, for Australians, is best known as a game in the swimming pool! However, he travelled for 24 years along the Silk Road (which goes roughly from the Mediterranean to the Pacific Ocean) and yes I have looked at it as a possible tour! He reached China and Mongolia, where he became a confidant of Kublai Khan.

The story of his journey is told in “Il Milione”, commonly called “The Travels of Marco Polo.” on our reading list here – https://www.bikeodyssey.cc/tours/venetians/. Polo’s adventures are inspiring; they certainly inspired Bike Odyssey, as well as Christopher Columbus to great explorations!

Does anyone know why the swimming pool game is called this??