Great Leaders of the past...Bike Tour History... Are Lionheart and Hannibal really so great? - Bike Odyssey
Skip to content 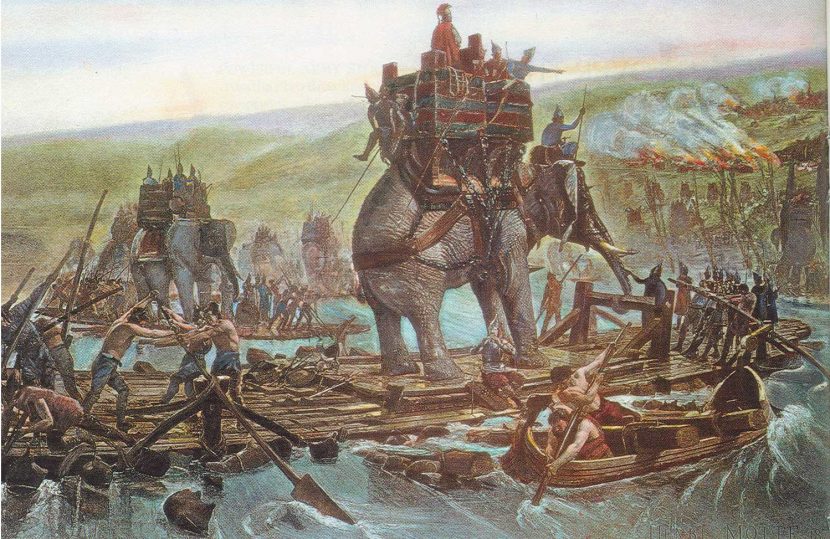 well… it depends on what you base being ‘great’ upon.

If it is for campaigning in amazing corners of the world which has allowed us to follow them and create fantastic routes for a bike tour then they certainly are both great! Richard I was named Coeur de Lion (‘The Lionheart’) after his victories over Saladin at the siege of Acre and the battles at Arsuf and Jaffa (1192). He was certainly a gifted commander and idolised leader but really his sole aim was victory and glory at war which his chased throughout his reign (a short 10 years) both for himself and in the name of God in the crusades. Our bike odyssey – Lionheart – Venice to Paris takes up his journey on his return where he is shipwrecked off Venice.

Hannibal, again an amazingly talented leader and warmaker. He fought the Romans, in his war of revenge, on their own soil for 16 years without being defeated and inflicting huge losses on the Romans (Cannae, some estimate the 80,000 men slaughtered that day in 2016 BCE was the largest loss of life in a battle in a single day still to this day). Our cycling adventure picks up his trail in Barcelona (possibly named after his ‘family’ name Barca) and follows his amazing march over the 2 great mountain ranges of Europe 2500km to Italy’s capital – Hannibal – Barcelona to Rome.

Did either man leave a legacy beyond war….? Well…not hugely.. certainly they both are remembered as heroes by their mother countries England and Tunisia and although that is significant that may be about it….what followed even militarily wasn’t pretty.

There were more abhorrent crusades, the 4th which culminated in the sack of Constantinople. The Crusaders’ stormed the world’s largest Christian city. This was unprecedented and immediately drew condemnation across the Western European world, among contemporaries and otherwise. Reports of Crusader destruction, looting and brutality horrified the Orthodox world. As for Hannibal’s descendants, a 3rd Punic War saw the complete destruction of his hometown Carthage. This was a preemptive strike by the Roman’s due to their fear another Hannibal might rise! Maybe it is just time which creates these mythical auras around these military leaders? Certainly cycling a route they marched so long ago gives you time to ponder their motivations and legacies. It would certainly be interesting to chat with a near descendant of either leader and hear their opinion, rather than that of people so historically disconnected that they only see the glorified battle lines! Whatever the conclusion they certainly left us with some amazing history to explore while cycle touring through Europe’s most beautiful regions.