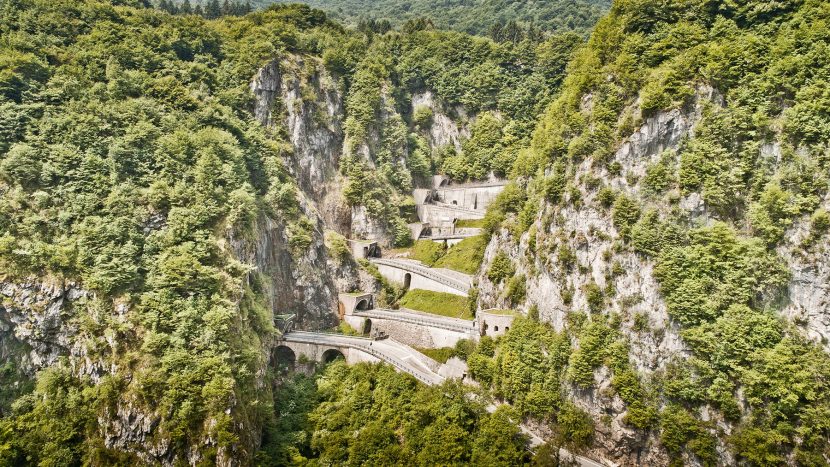 Historical, unique and simply an amazing climb. We ride this beautiful road day 3 on Lionheart as we head into the Dolomites. The most testing part of the climb is a stretch of 700m including 7 hairpin turns!

During the First World War this road was built to replace a path leading up to the col. Historically it is fascinating and a bit horrible as between February and June 1918, the Austro-Hungarian army forced 7000 prisoners of war – mostly women, children and the elderly – in the area to work day and night to build this strategic access road for refueling during the Battle of Piave (which they actually lost badly to the Italians). They built it so quickly it became known as the “100 days road”. Despite the topographical conditions and luckily for cyclists the slope could not exceed 12% for the passage of heavy vehicles and artillery!

The road is beautiful. It includes 18 numbered switchbacks, 6 of which are tunnels! The road is one way at a time too, controlled by lights. We  are looking forward to rolling up it in 7 months!! #jointhepack One thought on “Passo San Boldo”