Scouting the final day of Che through Patagonia for an epic finale to the tour! | Bike Odyssey
Skip to content 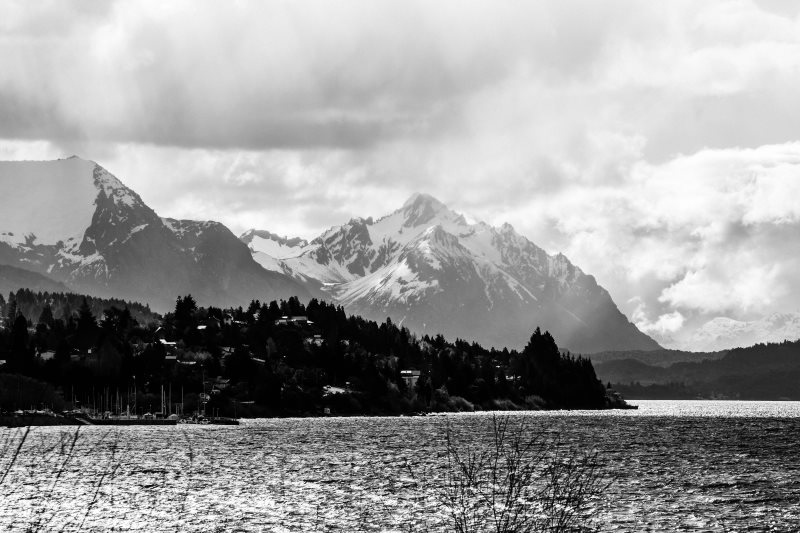 In November 2017 guide Max and photographer Chris road and catamaraned from Argentina to Chile as part of the scouting for our Santiago to Bariloche bike tour. At this stage, we were considering starting the tour in Bariloche hence the direction of their travel. Read on for Max’s story in his own words, and unique style, on an epic day and what is now our finale to a truly special bike odyssey!

Our eyes and minds – as were Che’s some sixty six years before us – are focused on what lies between our Bariolochean bungalow and the marvels of Patagonia; and beyond, as mystical South America stretches before us in a kaleidoscope of mountains, Volcanoes and aquatic pleasures in the jumbled insanity of nature’s crude and majestic beauty.

It is from this historic location, as chosen by a clean faced Che, that we launch the first epic adventure of its genre into the wilds of untapped and pristine Patagonia, to follow what adventures were dreamed of by an undaunted and inspired Ernesto Guevara as he set out to become one of the world’s most revered and referenced freedom fighting figures.

While our hands will remain intact and our bodies in their corporeal states, our spirits will soar as high as did those of a young Che, our skin raised to hackles by the sheer immensity of what we are attempting and the startling grandeur of the surrounds in which we will be doing it.

Just as Che was lured by our own thematic inspirations of adventure, cultural discovery and gastronomical hedonism, we have of course incorporated physical exertion to our mountainous bucket list as we attempt a triple crossing of this immense tectonic range (Che himself avoiding such bodily sacrifice, with his 600cc engine `La Poderosa` – The Beast, throbbing between his legs and just the one traverse!).  And so, our assault on the World’s second highest mountain range beckons from where we congregate on the shores of Lago Huapi and thus we ride:

Our warm up ride will set off from the world famous Hotel Llao Llao, onto the shore- side route which inspires comparison with the beauty of Lake Geneva, with its pastoral idylls (aptly named ‘Colonial Suiza’ -Switzerland).

After a night in a hotel claimed as one of the world`s finest of its class, we roll out onto the shorefront at Llao Llao, where we will catch our first of three water vessels on ‘Lago Nahuel Huapi’. We are bound for ‘Puerto Frias’ (and it certainly will be bbbrrr!) which will serve as the gateway for our first crossing of `La Cordillera`. The Catamaran from Llao Llao is stunning, with the first viewing station an immense cascade tumbling into the waters of Lago Nahuel Huapi. Disembarking at Puerto Frias was more emotional for the accompanying tourists than for us, and they gave the bike riding contingent a standing ovation as we disembarked with our shiny (but soon to be no more) bicycles!

Being the only riders on roadies, we were a little nervous (especially with the touring company recommendation of `mountain bikes only` ringing in our ears), as we set out on the 3 km journey on dirt to the next lake and ferry to the Argentinian border control! We were pleasantly surprised as we rolled along the dank forest path, taking us through what is known as a Valdivian rainforest, past spectacular viewing stations of the emerald water gushing between the mountain lakes.

While we had to navigate potholes that could have swallowed our bikes, the going was relatively easy and we cruised onto our next ferry which bore us directly upon the Argentine frontier.  Awaiting our arrival, was a replica of La Poderosa, with a map and eulogy to the enigmatic character who crossed many decades before and inspired this odyssey. The riders are channelled through the control stations first, where we had to register our bikes in order that we could return to Argentina in the coming days. Our upward assault to the Chilean side of the mountains was definitely a slap back into reality and on road bikes is made doubly difficult.

Of the four kilometres to the top, only one is easy, the other three incorporating steep gradients, large rock filled potholes and muddy quagmires on the corners where bus wheels have sunk until their axels. However, with patience and the occasional walk (we recommend 28s and mountain bike cleats!), it is easily navigable and the treat of riding through such untamed wilderness is priceless and definitely worth the effort!

As it was, we fared just as well as the mountain bikers and despite stopping for many a photo, we were the first to be cheered through the Chilean welcoming sign at the top of the pass, where the amazed tourists snapped away madly and filled our aching legs with pride. From the top, the road improved considerably, as we descended towards a valley that could well have featured in Jurassic Park, with ferns, bamboo, moss lined arboreal giants and an immense valley river of blue copper water stretching before us in the surrounds of these immense Andean monsters!

The decent is an 8 km stretch that requires technical skill, patience and strong breaking hands and we longed to let our fingers loose as the mountain bikers flew past us down the dirt. The benefit of a slow and steady decent was apparent, however, as we made the most of every spectacular photo opportunity and arrived safely at the Chilean police station at the bottom with bikes and bodies intact.

The valley run of 23 km was pure joy as we crossed the immense catchment and followed its meander amongst the monolithic giants and the verdant pastures squeezed in between! The track was punctuated by huge cascades that sounded like out of control trucks coming from side roads and which were funnelled along gushing canals before passing beneath our road and into the main river basin. It was a beautiful cruise as we hardly had to peddle on the slight downhill run along the river`s edge but our concentration was paramount as the dirt and rocks were anything but constant.

We spent a good two hours snapping away on the camera before realizing we our time was running out and we had to hammer out the last 5 km to the Chilean border crossing and awaiting final ferry. As Murphy would have designed, our efforts to overcome the terrain and cheat the ever increasing rocky beast were in vain and our trusty cameraman burst his back tube just 2 km shy of the border control.

After a record speed pit stop, we reverted to our original pace and passed the last couple of kms (including a fresh rock fall) without incident. Reaching Puella was a relief, for had we missed our boarding, we were ferry less for 24 hours!

We were greeted at the terminal by a 1960`s US army vehicle which sold amazing cloudy honey.   A hot toasted Sandwich and a cold artesian beer was a warm welcome as we set off for the hour and forty five minute ride through the amazing Lago Todos Los Santos (lake of all the saints).

We disembarked at Petrohue lodge where a Sauna, outdoor wood fired `Tinacas` (round bath Jacuzzis) and huge log fires awaited our arrival. A day such as this on a road bike was challenging to say the least but the rewards were immense and reverberate still in my frontal lobe. The feeling of reaching our final port was incredible and we felt as if we had squeezed three days into one with a veritable plethora of sensory impressions.

We rewarded ourselves upon arrival by pre-empting our hot water soaking by a hedonistic dive into the freezing stillness of the lake, a tradition I initiated on my first visit to this sacred port half a decade ago.

As both a guide and an avid bike traveller, I can honestly say that this day (especially as the first day on an Odyssey (now the last of our South America Bike Tour)) was one of the most amazing I have ever experienced.

An adventure I will long remember and a tour day I will guide with great joy and anticipation in the years to come!