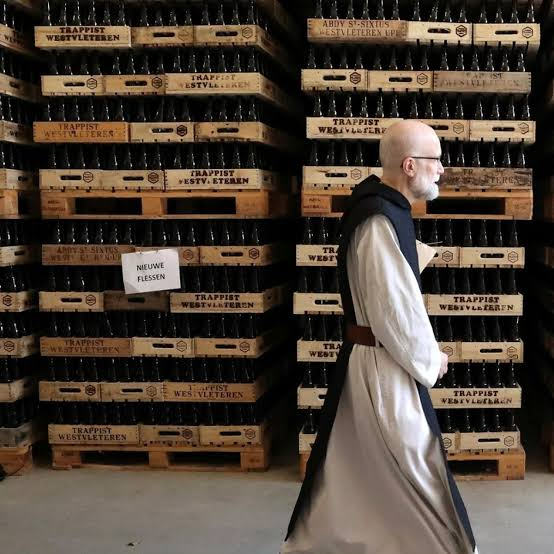 Our Allies tour obviously has a lot of history to explore with the battlefields of 2 World Wars to ride through. However, we have a lot of fun too! On our day in Ypres (the official Dutch name is Leper) but in French Ypres… we have the 3 optional rides.

One of them, the one I imagine Max Hofman will be leading goes to St. Sixtus monastery. Here they brew Westvleteren 12, a Trappist Ale that has consistently been voted the best tasting beer in the world!

Founded in 1831, brewing began at Westvleteren (St Sixtus) in 1838. During World Wars I and II, the Westvleteren brewery continued to operate, albeit at reduced capacity. It was the sole Trappist brewery to retain the copper vessels throughout the 1914–18 and 1939-45 wars — the other breweries having had their copper requisitioned by the German occupation forces – the beer was too good!

The primary brewing is still done by the monks only. Of the 26 Trappists who reside at the abbey, five monks run the brewery, with an additional five who assist during bottling. Only 3 different beers are made and we will certainly need to taste them all!