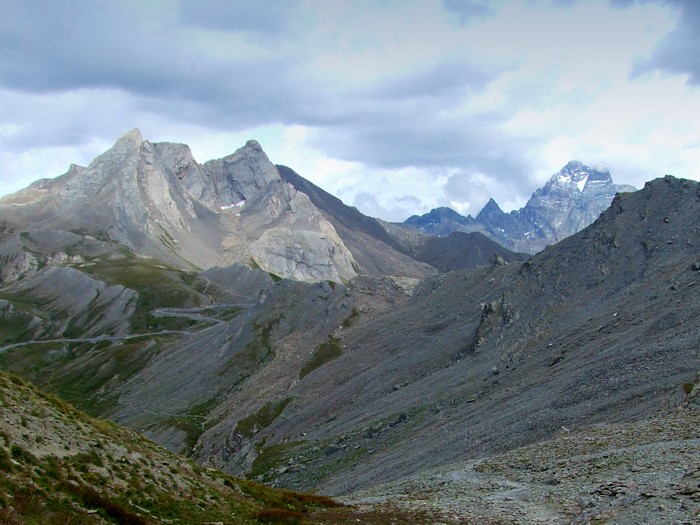 We’ve had a lot of dealing with Graeme Fife the cycling journalist. It transpires that he was a Classics professor before focussing on cycling. He sent us the following regarding Col Agnel that is pictured – The Agnel pass has seen a lot of action, one way and another, details listed on a large rock stele up the valley. 218 BC Hannibal, his army and his elephants heading for Italy.[1][1] 51 BC Caesar’s legions (from the reverse direction) a-conquering of Gaul. 1515 Chevalier Bayard, oft considered that last of the true knights in shining armour, le bon chevalier, who busied himself much with his king’s interests in these disputed territories. 1578 Duc de Lesdiguières, Constable of France, more of the same [see Bayard] but he did secure the final submission to the crown of the then independent Dauphiné. 1579 Maréchal de Bellegarde, from a famous Savoy family. More interesting than his belligerence is the fact that the king Henri IV poached his mistress, Gabrielle Estrée,a woman of high intelligence and feisty temperament. The king showered her with money, honours, titles, even offering her the throne just to keep her. She remained unswayed. She wrote: Strange thing to watch a great king In thrall to women, Honour forgotten, Seeing an angel in a whore.