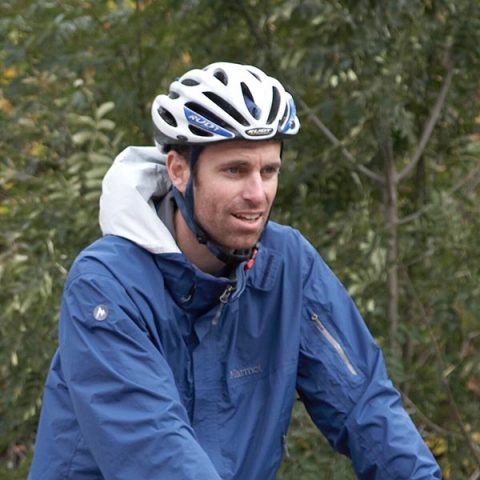 aka: Woody, The Bank.

RIDE Mont Ventoux. 3rd time I did it was the hardest, as I had one arm in plaster!

REFRESHMENT There is nothing so effective and satisfying as a coffee.

Ben was born in Shoreham-by-Sea, England. After doing the first 2 years of primary school in England, his family moved to Newcastle, Australia. Ben completely took to the outdoor sporty Australian life, exploring his new hometown by cycling the myriad of stormwater drains. Through this crisscrossing mazes with his mate Tim Lees (both aged 10) was their mode to get to school, training and see friends: Ben's lifetime love of cycle adventuring was born. He also became a keen athlete in soccer and cricket and would go on in later years to play Grade cricket in Sydney and semi-professionally in England. Known as "The Bank" as he never dropped a catch.

Ben breezed through school and then did a double degree studying between Sydney University and University of California. Getting a Bachelor of Arts and Bachelor of Science majoring in History, Maths and Computer Science. Ben has travelled extensively, living in London for a decade working as a software developer, doing projects from non-profit academia to high-end businesses in London, Sydney, Kansas City and Barcelona.

Ben is now living in Barcelona with his Spanish partner and two children. After quite a pause, Ben answered my simple question of what he liked most about this stunning city, with "I love walking my daughter (5) up into the hills to school every day". I think Ben really is an Aussie country kid at heart!

For Bike Odyssey, Ben is responsible for technology on and off the bike. From the website to navigation and guest tracking, he is a machine at researching and programming the best possible way to support our riders. Read on our website about the industry-leading way he is going to navigate you across continents from the extremely user-friendly technology. You will not only find what he makes a pleasure to use but it is made with safety features such as we are able to track each guest as they are on their bikes. So don't be afraid about losing your way on our epic adventures, because we won't lose you!