So it starts….YQG, “Your Quick Gateway”….a bit of a cruel joke. After checking in(show passport, Covid vaccination form, PCR test result and Moroccan declaration form), I proceeded to the baggage drop. Here the security guy  opened up and removed everything from the bike bag including the wheels and other cycling paraphanalia, I was not allowed to touch. After he scanned everything and patted down the bag, he said, “OK you can put it all back in, but you must do it in front of me”….35 minutes later and 12 people in line behind me, he said, “Have a good day and thankyou for flying Air Canada!” @&%$^

Got to watch, for the last time, my bike bag and luggage get on the plane for the flight to Toronto, won’t see it again until Marrakech….just hope the baggage folks can read and don’t send it to Manhattan instead!….time will tell.

A little nectar of the gods  (a Mad Tom IPA) and some people watching in Toronto Terminal 1 for the next 4 hours, about 3 .5 hr longer than any human should have to endure in this city, but the train is waiting in Marrakech and this buoys me!. It is interesting to observe the ebb and flow of passengers, arriving from flights and queuing up for departures, then emptiness until the next horde arrives, quiet, impersonal, made even moreso with mandatory masks and social distancing. 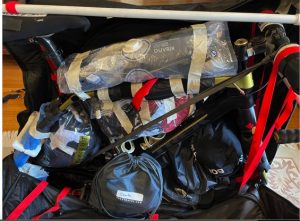 some fortification for the first of two 4 hour layovers…. 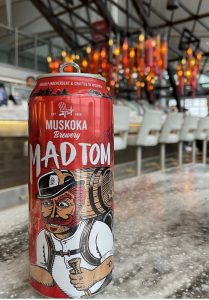 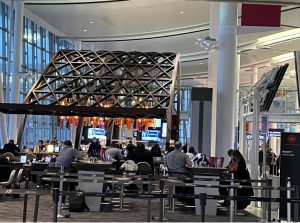 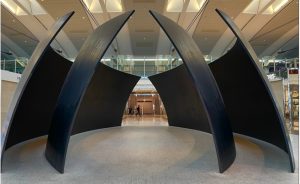 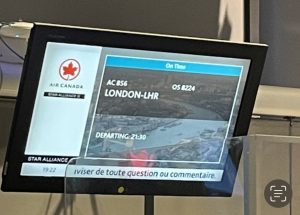 A 6 hour flight to London Heathrow, and I thought Toronto Pearson was bad! We landed at the far end of Terminal 1, walked over 1 mile to catch the shuttle bus to Terminal 5. This 12 minute meander around parked planes and storage containers dropped us off in the basement so off we walk again, up and down giant escalators to the main concourse of Terminal 5. Now to get to the B Gates which requires a train ride…getting off this we are greeted with a sign that says, ‘Please allow for a 10 minute walk to your Gate’….hello! I’ve been up all night!
So far I have transported by Planes, Trains and Automobiles(bus)….I keep looking for Steve Martin and John Candy!…
But all is good, one more flight to go. 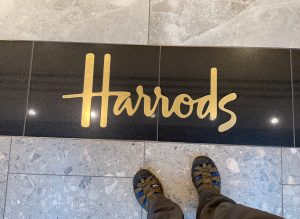 a little caffeine to get me there! 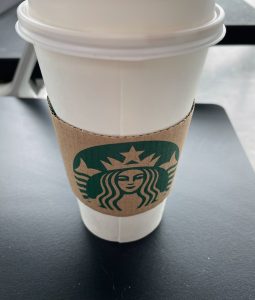 3 1/2 hours on British Airways and the bike and Cycletooth arrive safely in Marrakech…let the party begin!…well after a few good hours of sleep. 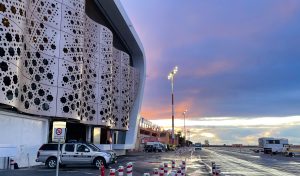 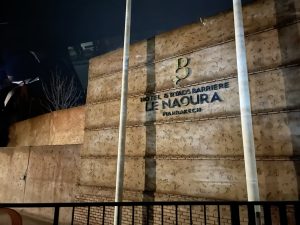 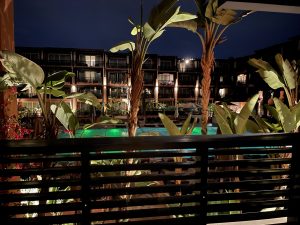