Home » Never Been to Spain??…putting the brakes on the Marrakesh Express for the moment.

The Marrakesh Express has come to a switch in the track!…how to get to Spain is now up in the air. We were to shuttle a few hours to Melilla and catch a ferry to Almeria Spain to start the second leg of our journey. However, Melilla and other ports along the Moroccan coast have been closed for over 2 years and were supposed to be open by now, but they are still closed, only open to Spanish citizens. When the tickets for the ferry were purchased, we were not told that this was the case! So back at the Bike Odyssey office in Australia, Sam, Isabel and Nicky are scrambling to get us on a flight from either Fes or Casablance to Malaga Spain. This also means that we will need to re-do the Spanish entry form again, not the easiest of tasks! And our bikes and bike bags need transporting to Spain as well. We will know more in the morning, so stay tuned!  In the meantime the following Three Dog Night tune comes to mind…. 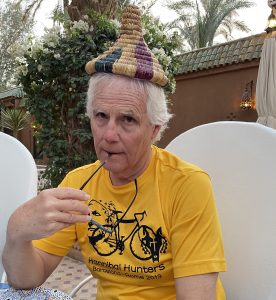 One thought on “Never Been to Spain??…putting the brakes on the Marrakesh Express for the moment.”