Home » Oradour-Sur-Glane: A Horrific Day That Must Never Happen Again

As mentioned in the previous blog post, at about the 15 km mark of our ride to Poitiers we stopped at a memorial in Oradour-Sur-Glane. 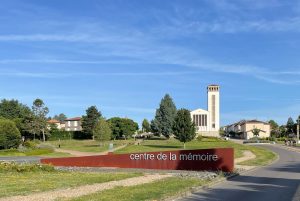 The young men of this quiet village fought in the French Resistance against the Nazis.
kOn June 10, 1944, a unit of the SS Das Reich Division massacred the inhabitants of the village, they rounded them all up in a barn and burned them, including women and children. This was done as a ‘punishment’ for the men being in the Resistance. They then set fire to the village. 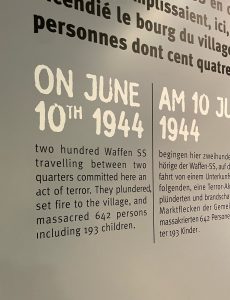 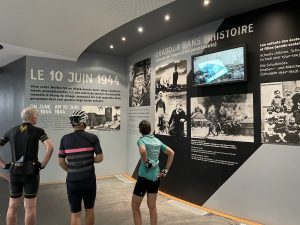 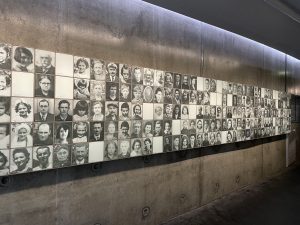 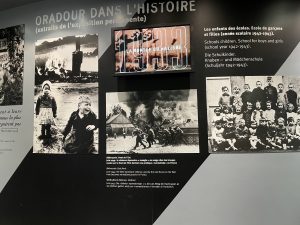 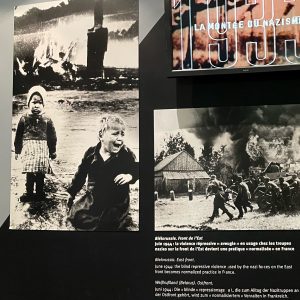 The ruins remain more or less as they were after that day with the exception of keeping the grass and weeds/creeping vines trimmed back. 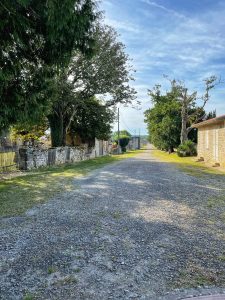 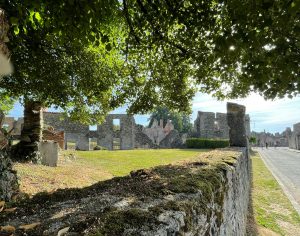 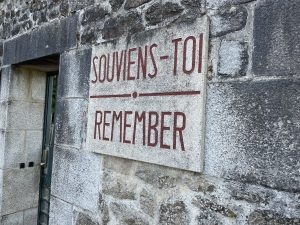 No matter how many people are visiting, there is an unforgettable silence, for this is a place where time and life stopped, by the hands of evil people.

On the Main Street the train tracks and overhead wires are still present, and inside the burned out buildings we see rusting old sewing machines, remains of cars, farm equipment and household materials. 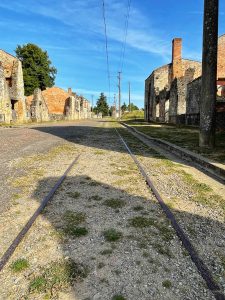 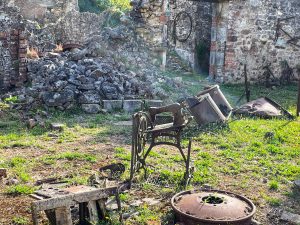 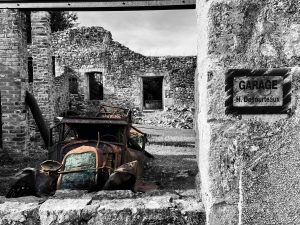 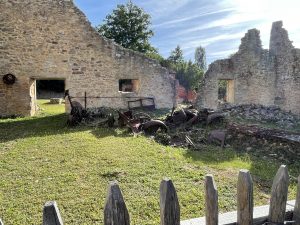 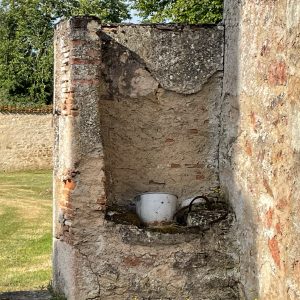 Some buildings have the names of those who lived there or their businesses. 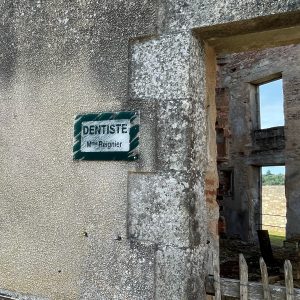 An ordinary peaceful village in France in 1944…the war was not even being fought in this area. The memory of this terrible drama has been kept alive in this solemn place. 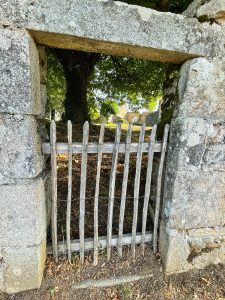 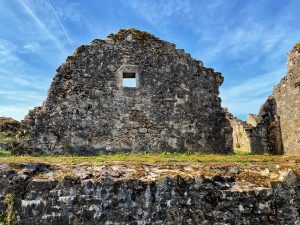 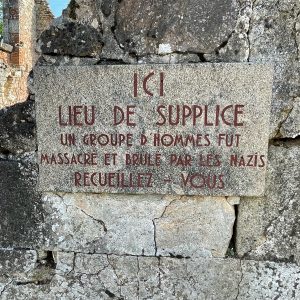 It is unfathomable to understand such depravity that took place that day. It must never happen again.

We left left this place, some in tears, all of us shaken.

I will take home hundreds of wonderful memories of this bike trip, but this will stand out as maybe the most important.