Day 14: No Turning Back Now! | Hunting Hannibal
Skip to content 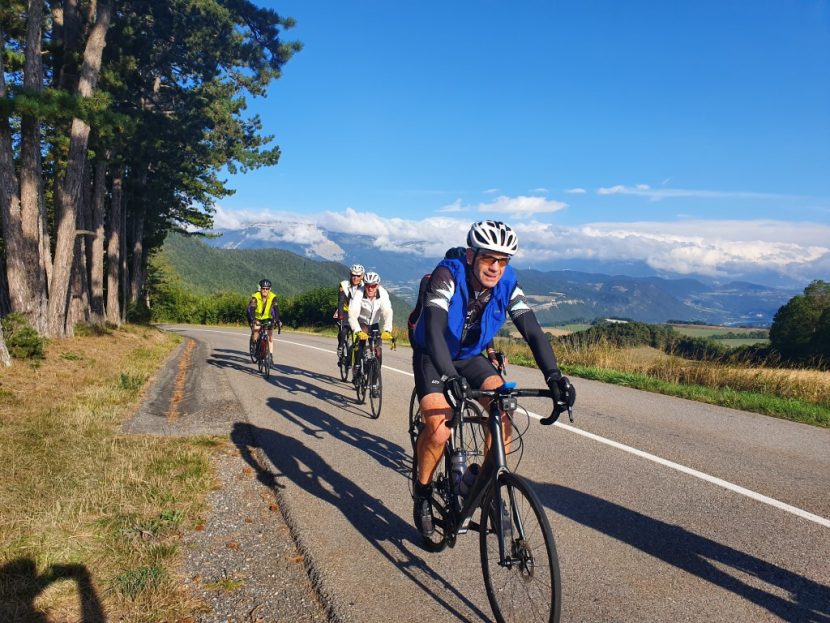 This was by far the toughest ride day of the trip so far….we climbed almost 5 Cols: Col de Cornillon, Col d’Ornon,  Alpe d’Huez and 1/2 of Col de Lautaret!… over 12,000ft of climbing. 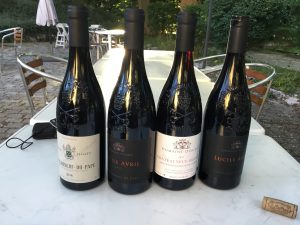 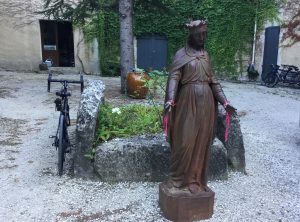 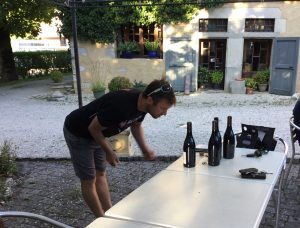 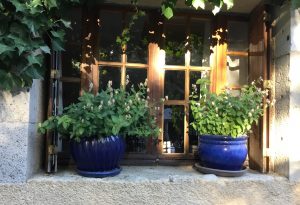 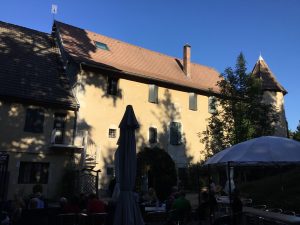 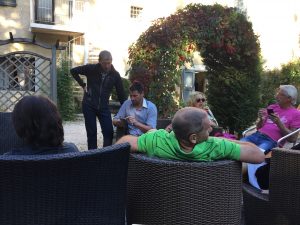 It was 30C last night….but the temperature dropped like a stone and we started our ride at 11C!

Today’s ride was on beautiful quiet Alpine roads – it was exceptional cycling. We started our journey to La Grave via Bourg d’Oisan. The  ride was challenging as we crossed the broad switchbacked Col d’Ornon before descending into Bourg for lunch. Bourg d’Oisan sits at the bottom of Alpe d’Huez. so from here we took on the 22 switchbacks of Alpe d’Huez. To top this off we  ascended and descended via Col de Sarenne as the Tour de France did in 2013. This descent is spectacular but goat-track like!….MORE horrifying than when I descended this road in 2013. The road is in terrible shape to go along with it’s no guardrail steepness!  It brought us down on the Lac du Chambon, then rode the last 15km into La Grave which is located about halfway up the Col de  Lautaret.

NOTE: MR. STUPID SHOWED UP AGAIN YESTERDAY AND DID NOT TURN ON STRAVA OR THE RELIVE VIDEO UNTIL 22.8 Km INTO THE RIDE….I APOLOGIZE!

Alpe d’Huez is one of the top climbs of the Tour de France. The Alpine village owes its fame to the “La Grand boucle” (The great loop in French….the TDF).

Alpe d’Huez is also known as the Dutch mountain. This has mainly to do with the many Dutch riders who won a Tour stage on the Alp (8 wins in total so far, by Hennie Kuiper, Joop Zoetemelk, Peter Winnen, Steven Rooks, Gert-Jan Theunisse).

The climb to the summit starts at Le Bourg d’Oisans in the Romanche valley. The climb goes via the D211 from where the distance to the summit at 1,860 m (6,102 ft)) is 13.8 km (8.6 mi), with an average gradient of 8.1%, with 22 hairpin bends and a maximum gradient of 13%. The hairpin bends are named after the winners of stages. All hairpins had been named by the 22nd climb in 2001 so naming restarted at the bottom with Lance Armstrong’s name added to Fausto Coppi’s who won the inaugural stage up the mountain in 1956.

Elephants in the Alps

Hannibal was now being trailed and watched by Gallic tribes eager to pick off stragglers and steal anything from the vast but cumbersome army. However, the tribes would only attack where there were no elephants – they had never seen such beasts and were understandably petrified of them! However, the trip over the Alps took Hannibal 16 days, he lost thousands of men to the enemy, desertion, starvation and the cold. The men were from southern Spain and north Africa – they had never seen mountains like these before.

Another exceptional dinner at our hotel , the Edelweiss. Owner Robin was his usual warm and fun self!