Day 27: Through Tuscany Into Chianti - Hunting Hannibal
Skip to content 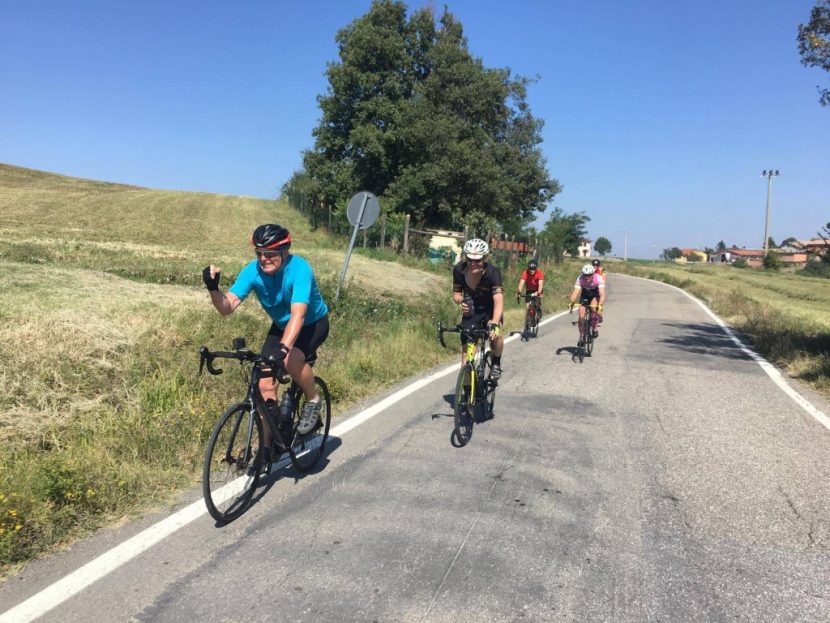 Siena is our destination tonight. Out of Tuscany to the region of Chianti, the roads were surprisingly smooth. We headed down into the Arno valley crossing the river of the same name to climb into the Chianti hills. The riding was exceptional – vineyards, olives, rolling hills – typically Tuscan – hilltowns spotted across the landscape and postcard scenes at every turn. Tuscany is renowned for its beauty. Our time in Tuscany was short but our memories will be long!

Siena is a city where the architecture soars, as do the souls of many of its visitors. Effectively a giant open-air museum celebrating the Gothic, Siena has spiritual and secular monuments that have retained both their medieval forms and their extraordinary art collections, providing the visitor with plenty to marvel at. The city’s historic contrade (districts) are marvellous too, being as close-knit and colourful today as they were in the 17th century, when their world-famous horse race, the Palio, was inaugurated. And within each contrada lie vibrant streets populated with artisanal boutiques, sweet-smelling pasticcerie (pastry shops) and tempting restaurants. It’s a feast for the senses and an essential stop on every Tuscan itinerary.
Tasting Notes – Chiantigiana

We cycled on the Chiantigiana (a road that takes you around the entire Chianti area, renowned for both cycling and driving) today. For a Chianti to be a Chianti, it must be produced in the Chianti region and be made from at least 80% Sangiovese grapes. While most Chiantis are 100% Sangiovese, some winemakers in the region like to blend the Sangiovese with a little Cabernet, Merlot or Syrah to soften the finished wine. The first definitiuuon of a wine-area called Chianti was made in 1716. It described the area near the villages of Gaiole, Castellina and Radda; the so-called Lega del Chianti and later Provincia del Chianti (Chianti province).

One of the accusations made against Hannibal’s army was that in its 16 years in Italy it became soft. The men enjoyed the countryside, the produce of the land and forgot what they were there for. Riding through the heart of Tuscany we will come to understand this as we sample these same temptations!