Day 30: On the Doorstep! - Hunting Hannibal
Skip to content 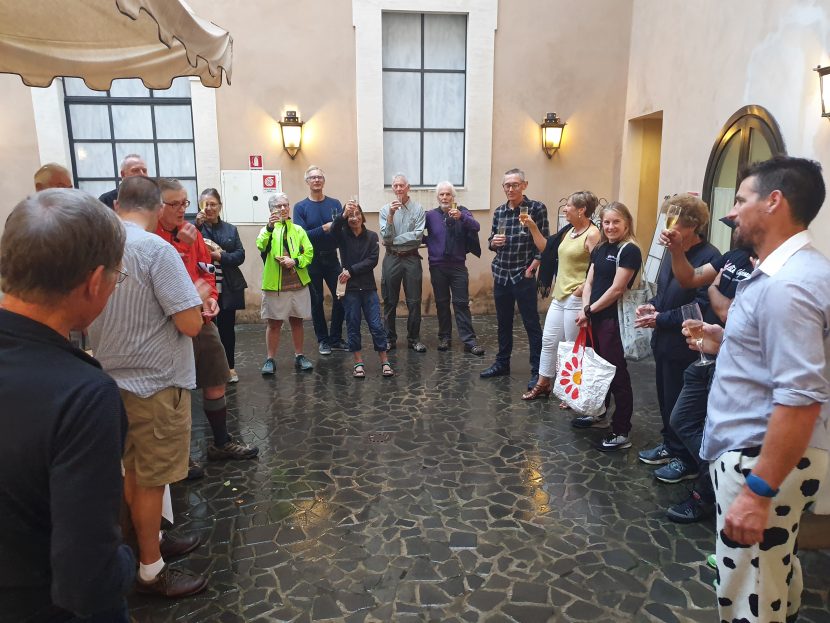 From Todi we continued south on our metaphorical descent towards the gates of Rome. The reality is that it was still quite rolling as we rode alongside a series of inland lakes through the Umbrian countryside and into Lazio. We paid a visit to the ‘dying city’ of Civita di Bagnoregio that has to be seen to be believed. Our destination has been welcoming travellers since 1463 and has an excavated section of the Via Cassia in the back garden! We are now on the doorstep of Rome!.

Civita di Bagnoregio was founded by Etruscans more than 2,500 years ago. At the end of the 17th century, the bishop and the municipal government were forced to move to Bagnoregio because of a major earthquake that accelerated the old town’s decline. In the 19th century its location was turning into an island and the pace of the erosion quickened as the layer of clay below the stone was reached in the area where today’s bridge is situated. Civita became known in Italian as il paese che muore (“the town that is dying”).

For 16 years Hannibal roamed Italy. The Roman people didn’t tolerate Fabius’ tactics long and Hannibal defeated them again at Cannae (near Bari). Outnumbered 2-1 he slaughtered an estimated 70,000 Roman soldiers – to this day it is the most men killed in a single day’s conflict. He marched on Rome once but never besieged the city – one of his general’s Maharbhal supposedly remarked ‘Hannibal, you know how to win the battle, but you do not know how to win the war’.