Behind the Scenes - On Hannibal's Trail
Skip to content

Hi everyone  – I just thought I’d take the chance to reply to comments we have had about On Hannibal’s trail on twitter, facebook and on various blogs!

Firstly thanks to everyone for comments – lots of very nice ones which are very encouraging to read!

The punctures were a pain – schwalbe marathon tyres so yes I agree shouldn’t have been so bad – my brother road over a bit of wire which wound its way into the tyre so we would fix it and pull out a piece of wire thinking that was it only to find more deeper as it would puncture again! We ended up pulling out a piece of wire about 5cms long all which was ‘inside’ the rubber… 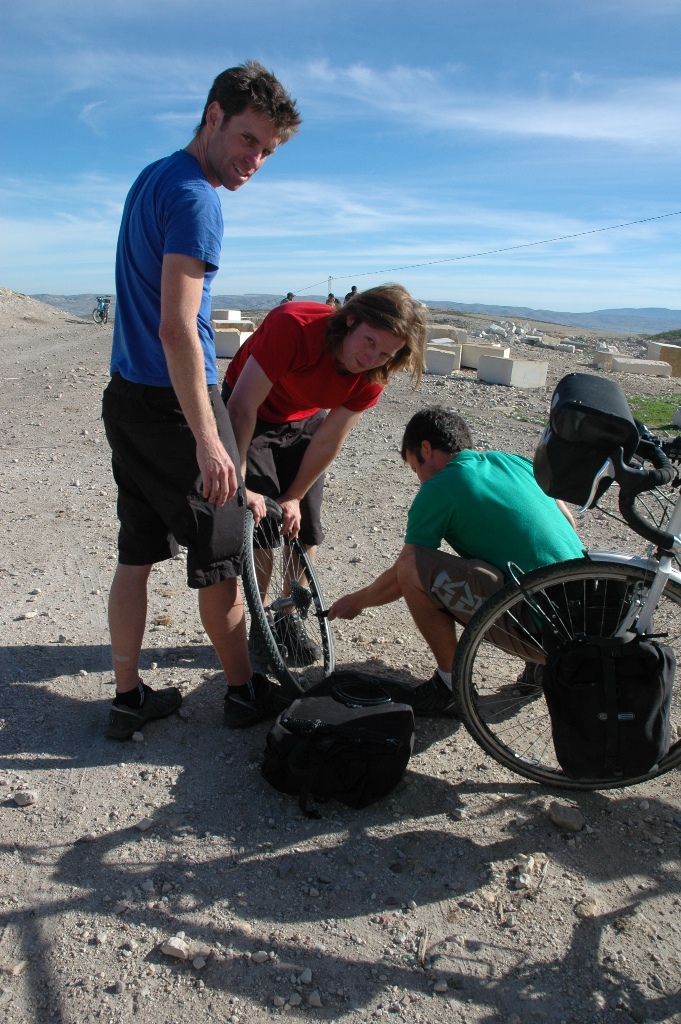 The panniers were full and we did carry them! I hate that shot where we have no panniers I knew it would haunt us!! For those of you who missed it it is in the opening credits every episode so it haunts us every time!! That shot was taken as you can see at sunset. We had ridden a full day were exhausted and had set up for the night – it was about 5 days into the trip so we not experienced with the film crew workings – the bbc crew said they had spotted a nice road which they wanted to film us on so we jumped on our bikes and road to it and basically forgot to put our panniers on – stupid i know but as most those of you who are touring bike riders you will know how tired you feel each evening in the first week of a bike tour so you might understand this was a genuine mistake!

As for carrying the tent – yep terra nova laser large chosen for low weight and capacity as well as privacy. THey are great light weight tents, they are very big – we wanted this because we felt we may have to camp rough and wanted to be able to put our bikes in the porch which we could just with these. Thirdly 3 tents for privacy – have you spent 11 weeks with your 2 siblings riding and working very long days – (riding was amazing but we either did that at the height of the sun in the middle of the day as bad for filming or even when dark as the filming took priority mornings and afternoons when it would have been great to have been on the road) and then sleeping packed in a tent?! We all decided the extra 2 kgs was worth it! Someone also noticed the tents were on the back panniers early on and then dissapeared! About a week in we culled alot of stuff due to weight – I must admit that every bike tour i go on I dump alot of stuff fairly early either through being overly ambitious to begin with or just realising it is hard work and wanting to reduce my load! We did exactly this – for example my brother Danny was carrying 5 books – Polybius, Livy etc serious historical tombs! This culling gave us room in our panniers. If you know laser larges you will know they have a air vent at the back end which is held up by a single pole which is the longest part of the tent ‘package’. Breaking these in half meant they fit inside one of the rear panniers – not ideal but it worked… 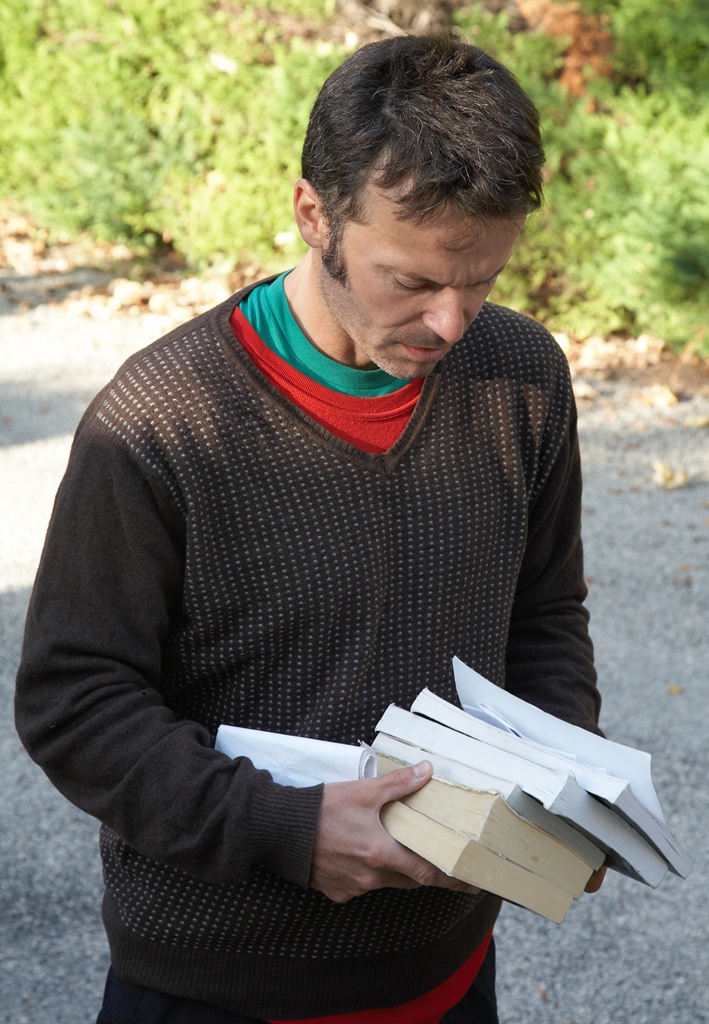 As for the load variation – we did have 5 panniers which is a lot of space – the front ones were often pretty empty and sometimes we carried food, sometimes we didnt we also carried mini cameras at times when we were away from the crew and not when they were around so yes I can see the variation but there is nothing sinister about it. We all wanted to do it genuinely and the reality was we had no choice – the bbc crew was only with us for 7 of the 11 weeks.

And no wags! I had a kid 3 months before I left so I was very popular going off for a bike ride and anyway a 3 month old wouldn’t have gone very well in a tent!

As for riding 3 in a breast (sorry that is what our camera man used to shout out to us he isn’t a cyclist!) yep not a great example but looks better for filming – we heard him shout this alot! 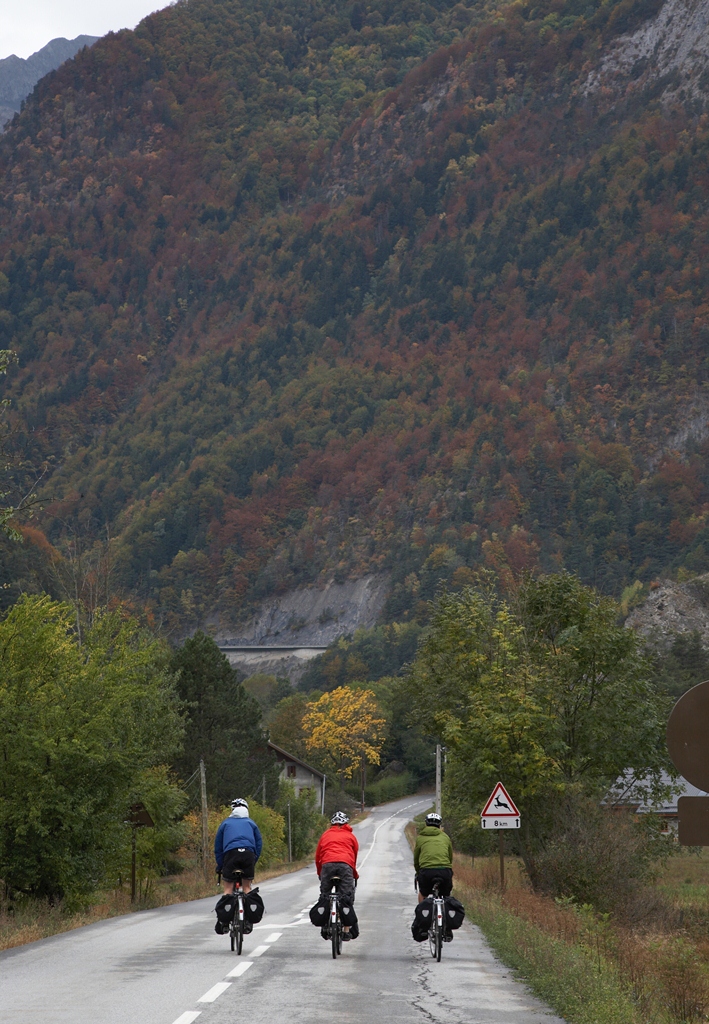 I think that is it! If there is anything else please ask. If you have any suggestions for next time please let us know as we trying to plan another now and we are thinking we may try to get lots of touring cyclists along for a leg!