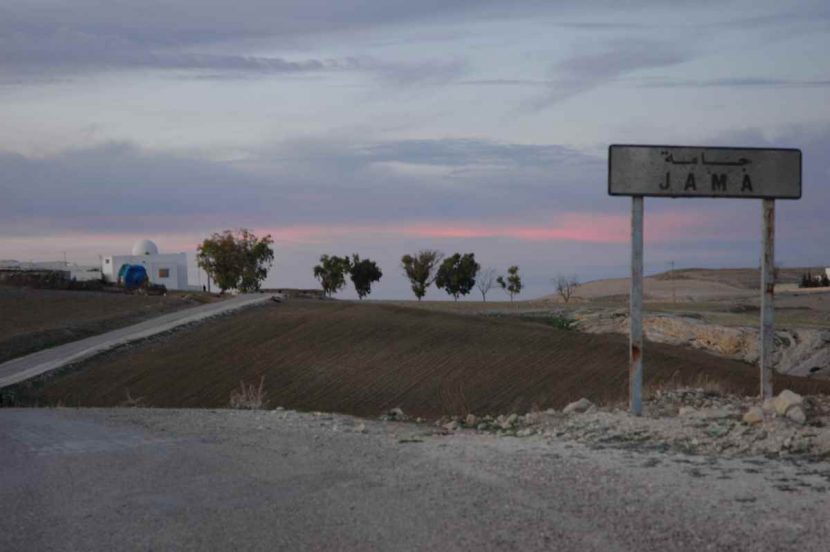 We just had some great news from Tunisia. At the end of On Hannibal’s Trail we rode through a village there called Jama/Zama – it was near here that Hannibal fought and lost the final battle of the 2nd Punic War.While we were filming we watched villagers walking or riding donkeys a kilometer down the hill, past the ruins of Roman water reservoirs, to fetch water from a muddy pool/well. So we thought we’d raise some money for them. Danny found a local NGO (enda, http://www.endarabe.org.tn/) and lots of you donated money to the cause and we’ve just heard that they used that money to refurbish the local school. Here is the report:

I reckon you’ve had time to forget you ever came to Tunisia or made contact with me for a project to help the people at Zama!

But I have remained dissatisfied at never really accounting for the use of your kind contribution or what was done to improve the village. So at the risk of repeating myself on some points, here is a brief definitive account of the project:

1. We adopted a participatory approach, organizing a meeting, and imposing the women as well as the men, to determine what was the most pressing problem in the village. Of course, the viewpoints were almost diametrically opposed! The consensus was finally to refurbish the school.
2. This entailed the following actions:
– the toilets (50m from the actual school and in a disgraceful condition : no water to flush them and so on) were rebuilt
– the doors, windows and shutters of the classrooms were repaired or replaced
– the doors and windows of the canteen were repaired and repainted, as well as the walls and ceiling
– enough new desks and chairs were purchased in the classrooms for all the students
– the three blackboards (still using chalk) were replaced by modern ones using felt pens
– a wall was built around the school.

But more than this, your $1 500 had a substantial multiplier effect, since Enda contributed the equivalent of about $ 4 000 and the ministry of education some $ 30 000 to the project.

Ouf! I now feel good at having got this off my conscience.

The digs on the site have advanced substantially and this will doubtless give rise to direct (the work) and indirect (more visitors) job opportunities.

I hope you’re all fine and getting lots of contracts. Tunisia has been through some difficult times since the 2011 revolution, with terrible economic conditions (partly a spin-off of Europe’s doldrums but mainly disastrous management by the islamist government). Unemployment continues around 800 000 with some of the attendant “idle hands” being put to devil’s work.
There are elections at end-October and everyone hopes there’ll be a balanced government. But they’ll have a tough time improving peope’s living conditions. It would require a pretty big starting contribution to improve the whole country as yours did for the school at Zama!