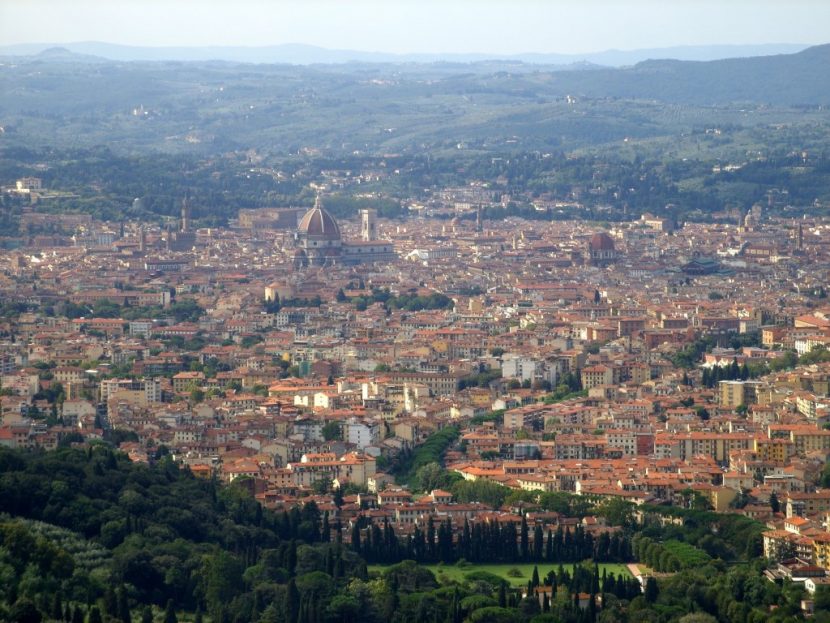 Florence: The cradle of the Renaissance, it is romantic, enchanting and utterly irresistible. Florence (Firenze) is a place to feast on world-class art and gourmet Tuscan.

The mystical beauty of Fiesole, less than 10 km outside of Florence, encompasses centuries of history and it is amazing well preserved. Largely unknown by many, this small town hides a wealth of surprises: the massive stones that make up the Etruscan walls, the remains of Roman baths, the green hilltop where Leonardo da Vinci first experimented with the concept of flight, and the Roman amphitheater that still serves as a stage for the Estate Fiesolana summer events. The small city centre is home to a wide range of historical sites, churches and parks where you can spend some time escaping from the hustle and bustle of Florence.
Fiesole was established as an Etruscan stronghold in the 8th century BC, with the Romans taking over around 5 centuries later, building a thriving town of their own over the remains. For centuries it existed as a powerful rival to Florence, until once again it was subdued and its ruling nobles were forced to take up residence within the walls of the conquering city. In the 14th century it became known as the new living quarters for the rich and famous Florentines looking for new territory to build their villas surrounded by cypress trees and spectacular gardens.

The hillside looms 295 meters above Florence, offering a special and stunning panorama of the Renaissance city.
Florence

Florentia—literally “florid city”—was the name given by the Romans to this settlement founded in the first century AD along the Arno river, at the foot of Fiesole. The ruins of the Etruscan city are visible on the hill which dominates the city. The flowering of Florence in art, culture and international trade began in the 13th century and reached its peak in the 15th century under the reign of the Medici family, who ruled over the city for more than three centuries.

Everywhere you turn in Florence, you find extraordinary works of art and architecture, which attract almost 8 million tourists every year—from the Palazzo Vecchio to the world-famous Uffizi Gallery to the Cathedral with its magnificent dome and the tower designed by Giotto. Along the river Arno the Ponte Vecchio, with its jewellery shops is a must for all those who pass through the city, as well as the splendid Boboli gardens across the river.

Florence is also an international wine and gastronomic centre, Chianti is its most famous local product together with the celebrated Fiorentina steak on the bone.